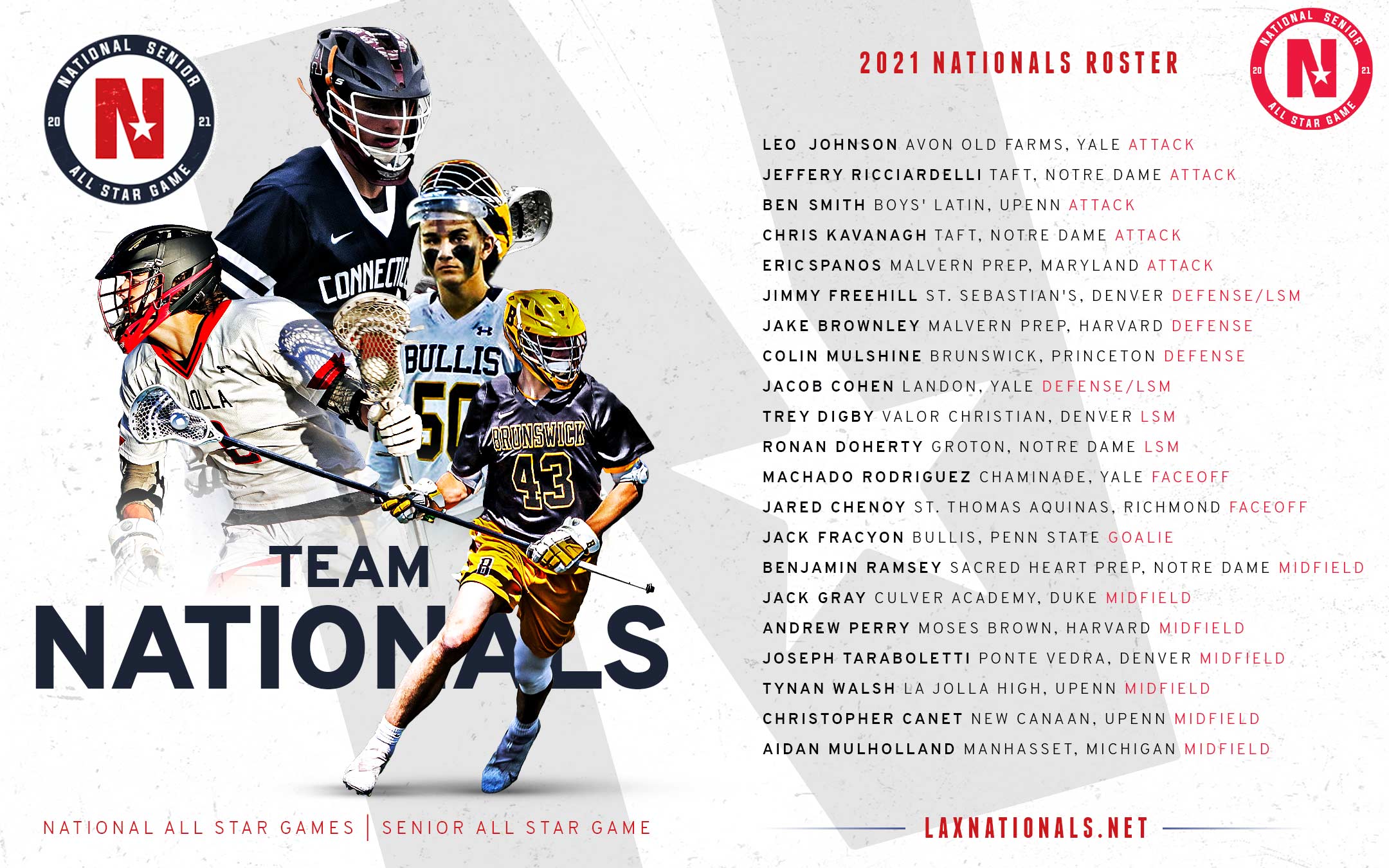 Roster set for inaugural Senior National All-Star Game, to be streamed on ESPN3

Selection of 44 elite players from the Class of 2021 represents 16 states, 17 top college destinations

Final rosters for the inaugural Senior National All-Star Game have been set, dividing 44 of the nation’s best Class of 2021 players into two squads for a one-of-a-kind lacrosse showcase on Saturday, July 10. The game, which begins at 7 p.m., will be streamed on ESPN3. The teams are divided into the National and American squads. Two captains, attackman Leo Johnson of Avon Old Farms in Connecticut and attackman Dewey Egan of Torrey Pines in California, selected the starting lineups via online draft. The remaining players were divided by a selection committee to fill out the rosters. Players taking part in the game hail from 16 states. They have pledged their futures to 17 high-level college destinations, led by seven players bound for Notre Dame and four to North Carolina. All four national semifinalists in 2021 – Maryland, North Carolina, Duke and two-time reigning national champion Virginia – have at least one representative in the game.

B’More Lax Company was founded in 2005. A nationally recognized tournament and camp provider, B’more Lax Company is responsible for hosting the annual CRABFEAST boys lacrosse tournament, one of the top annual recruiting events in the country, as well as the YounGunz youth tournament and the selective Top Prospect “old school teaching camp” for 7th- and 8th-grade boys that draws athletes from more than 15 states every summer. For more information on the National All-Star Games and to sign up for regional tryouts, visit laxnationals.net.