The National All-Star Games filled a void for Pasha Hakimi in 2020.

A promising LSM in the Class of 2023, his freshman season at St. Albans School was wiped out by the COVID-19 pandemic. His club season with Next Level was abbreviated.

So as he looked ahead to what he hoped would be a significant spring as a sophomore, he knew he was short on playing experience.

Enter the first annual All-Star Games, where Hakimi not only suited up for the DMV team but was a big part of them winning the division title.

“It was a great experience, especially getting to play with such high-level competition, I really enjoyed that,” Hakimi said. “It made me better as a player, and it kind of prepared me for my high school season because I had never played high, high-level lacrosse due to the fact that COVID cancelled (the 2020) season. So I felt prepared knowing what it’s like to go against all the best, bigger kids, stronger kids.” 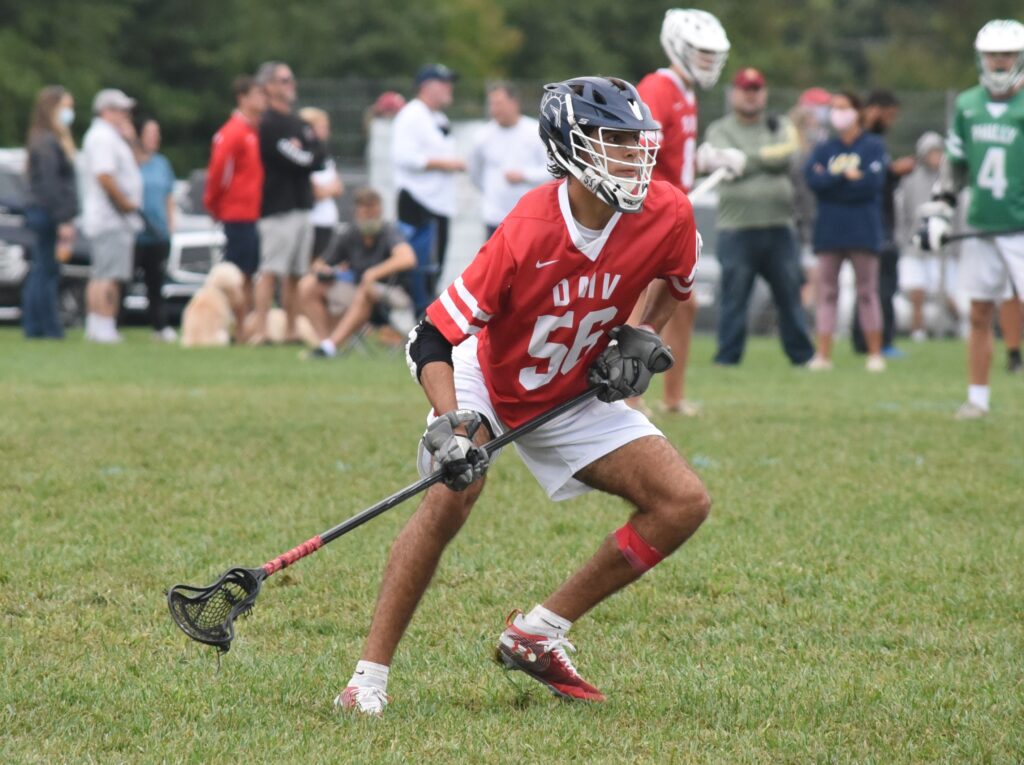 There aren’t many bigger and stronger than Hakimi, if we’re being honest. The 6-4 LSM is imposing physically but also plenty astute. He’s perpetually camped in passing lanes and a threat in the open field with his galloping strides and stick skills.

The interconnections between the DMV squad are numerous, such is the crowded lacrosse scene. Hakimi is used to being a little bit of an underdog within that. St. Albans is jammed into the Interstate Athletic Conference with national powerhouses. Next Level produces a ton of talent, but other clubs in the DMV have a bigger national profile.

Hakimi can hold his own with just about anyone on the field. When he does, it brings a little attention to the programs that shaped him.

“Getting to play with those kids where, a lot of people are keeping their eye on those kids, and you see the Next Level kids, we have to make a name for ourselves and look out for our program,” he said. “So giving that extra effort and getting to show what we do at Next Level was really enjoyable.”

Because of all those interconnections, the National All-Star Games offers a chance for players to mix with each other in new combinations. Friendships cut across club and league boundaries, and the geography means kids know each other from many different settings. The DMV team brings them together in yet another way.

“Getting to play with a different group of kids, not necessarily just my club team or school team, was a really enjoyable experience,” Hakimi said. “I think it benefitted me as a player and as a person just getting to meet new kids. I was grateful to have that opportunity.”

The Georgetown Prep faceoff man is one of the best in the country. A member of DC Express, the University of Virginia commit is a dynamic faceoff man who pairs proficiency at the X with plenty of threat on the ball after he wins draws.

DMV won’t be short on goals at any level. The main man for the class of 22 is Matan, a University of North Carolina commit from Gonzaga/DC Express. Matan is one of the craftiest attackmen in the country, and his full arsenal of skills around the cage will be on display.

Kabiri was a teammate of Hakimi’s on the championship side at the inaugural NASG, and another year has only added layers to the Georgetown Prep/Madlax DC middie’s game. He’s got so much to offer an offense, always able to use his speed and skills to conjure up magic around the crease.

Another of Next Level’s emerging talents, Duenkel is a handful opposing defenses. The St. John’s College star is great at creating for his teammates and has the speed and elusiveness to cash in when he calls his own number. Even at a young age, the playmaking swagger of an elite attacker is evident. 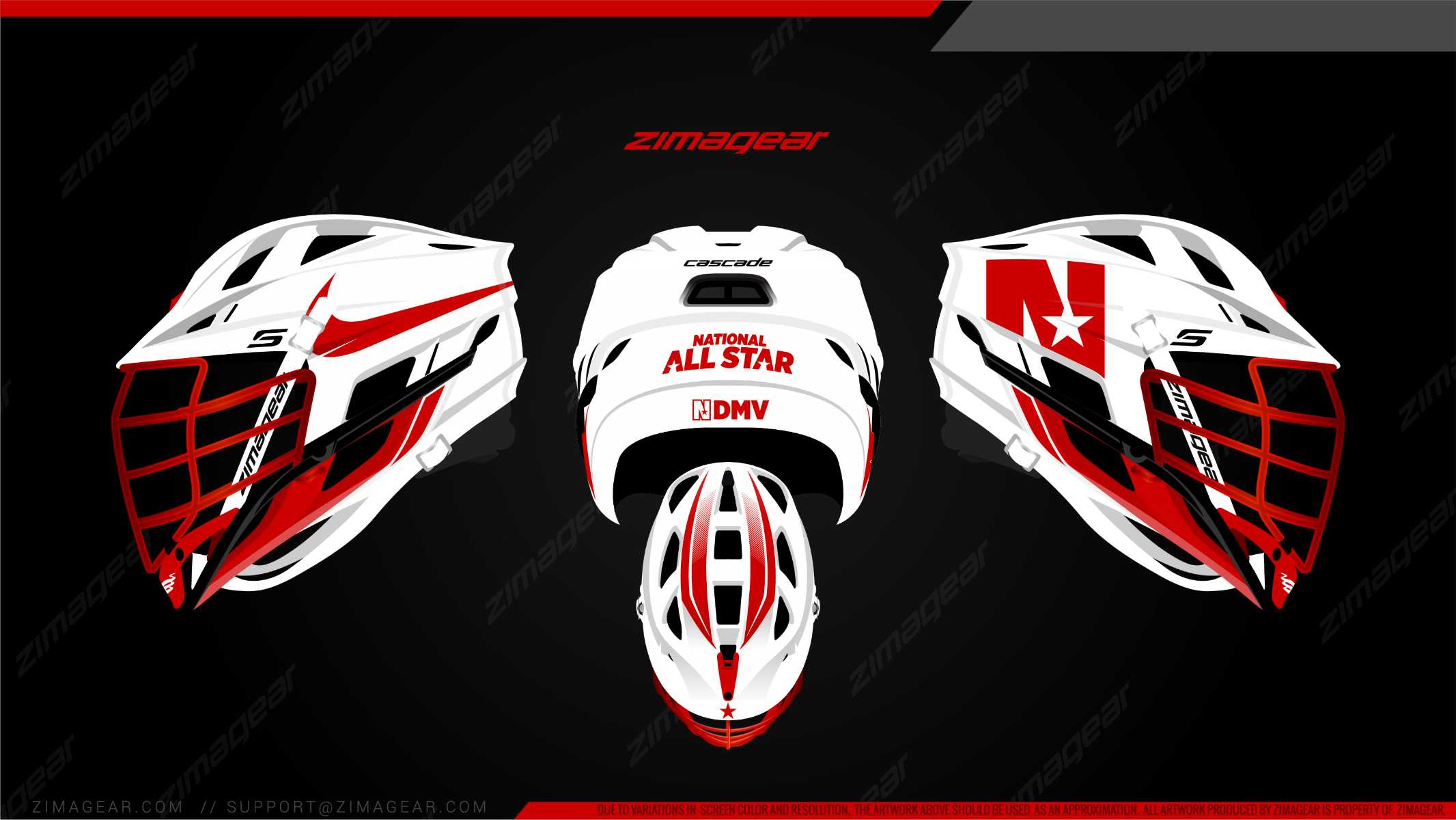 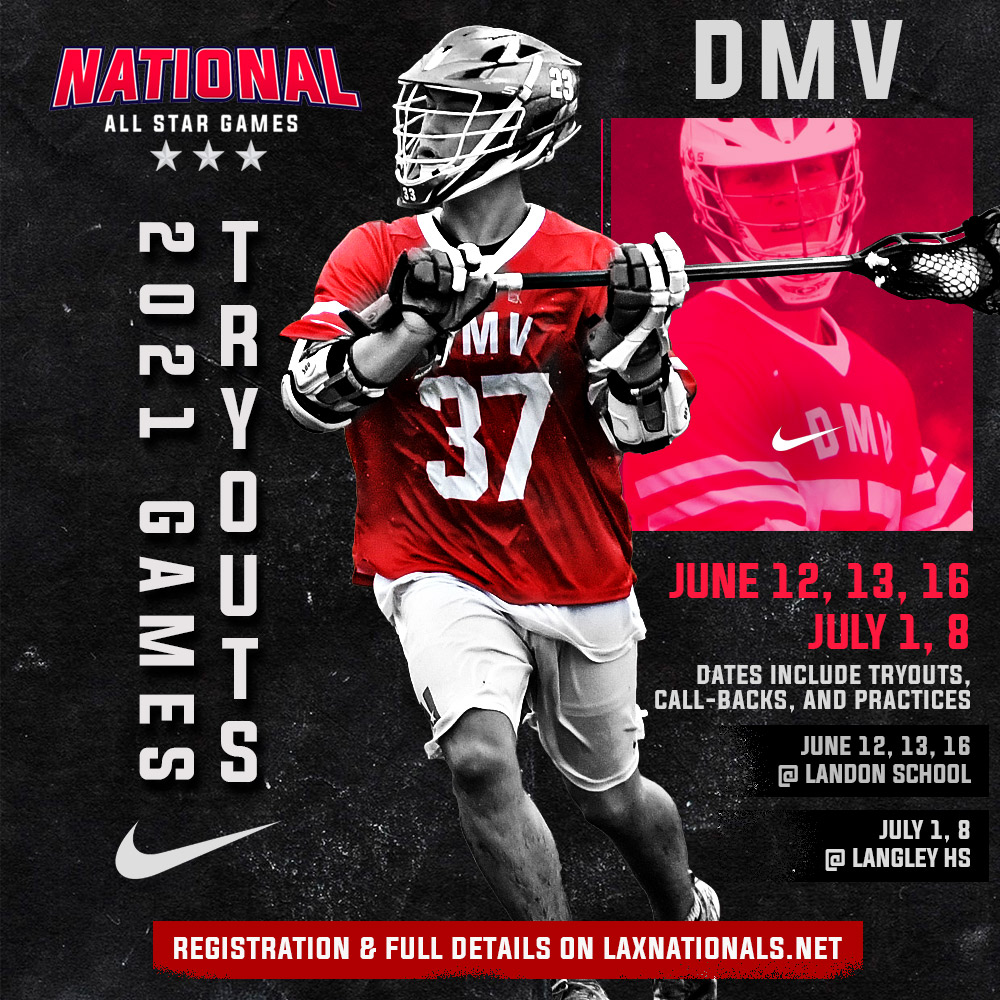